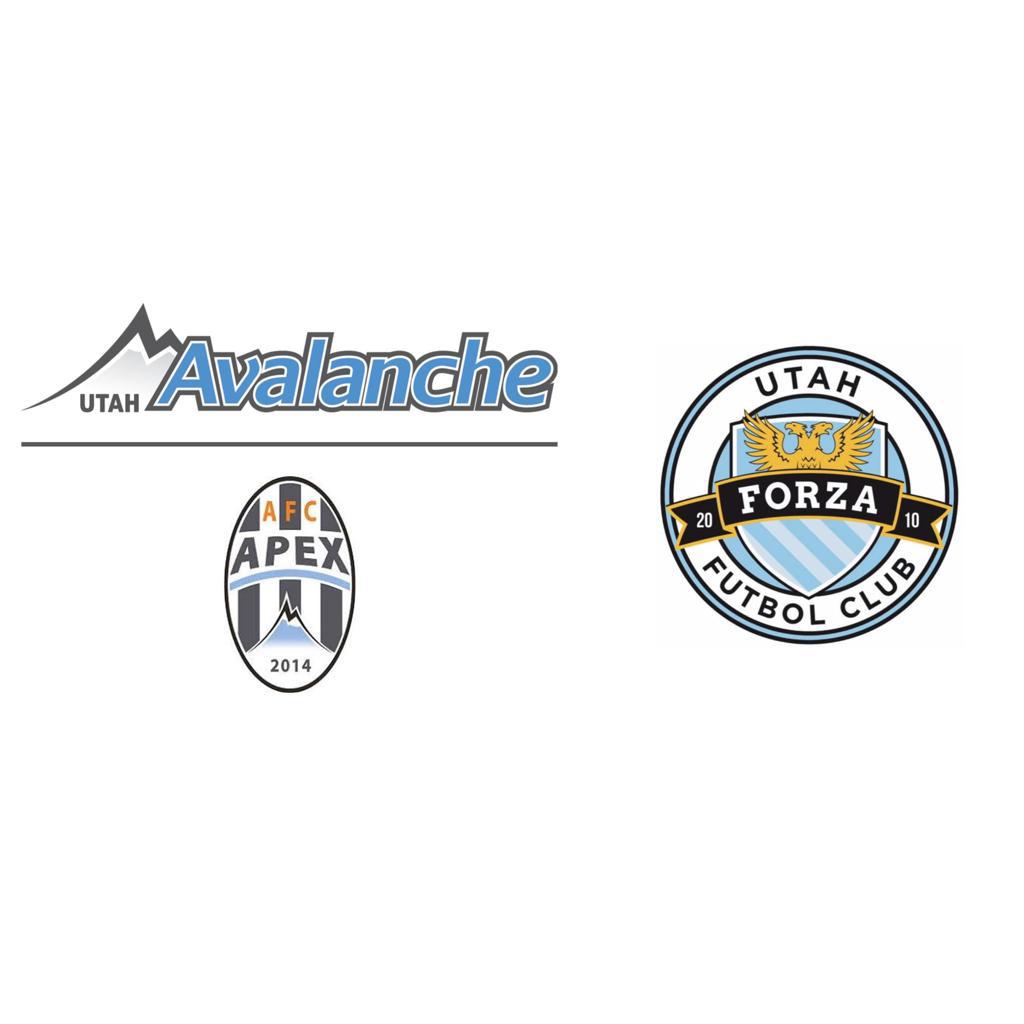 Exciting news in the world of Utah Youth Soccer!

The Utah Avalanche and Forza Futbol clubs have merged, creating the state’s premier soccer experience that spans from Logan to American Fork.  This combined club has the experience, coaching, and vision that will define the future of Utah youth soccer. Two of the strongest soccer pedigrees in the state now create one of its largest clubs.

Jo Barney, Executive Director of the current Utah Avalanche/AFC Apex Organization, will maintain her role, and is excited about the opportunity to lead the combined organization in the future.

“We are extremely excited about the opportunities and possibilities that this unification will provide for the athletes in our organization! We believe it will enhance and strengthen the leadership we can provide, as we continue to push the boundaries in advancing Utah soccer nationally.”

The original Utah Avalanche Club boasts the top girls program in the state, annually placing multiple players in collegiate programs and teams into national tournaments. They are Utah’s only club granted membership into the Elite Clubs National League (ECNL), the top playing platform in the country.  The Avalanche name is nationally recognized for developing elite female players and coaches that populate the regional and national United States Youth Soccer teams and coaching staffs. They also contribute an extremely strong and growing boys program, AFC Apex, and two decades of organizational experience.

Barney adds, “We are proud of the work we have done to change the landscape of soccer for the girls and young women in Utah, and in establishing a powerful brand nationally due to the tremendous accomplishments of our players, coaches, and teams.   As we move forward, we believe this merger will now allow us to provide that same powerful message and vision to our boys program!  We are committed to creating an environment that caters to the unique needs of each gender, and also recognizes and guides the distinct differences of every athlete!”

Forza, the current name of South Davis Soccer Association, is one of the original clubs in the state. For 47 years, the organization and its Mayor’s Cup tournament (of 36 years) have been pillars of the Utah soccer community, producing strong girls and, especially, boys teams. It too places players in collegiate programs and has the largest recreation program in the state, with over 2400 players.  This solid base of recreation and academy (ages 7-10) level players creates the strongest sustainable model for future growth.

David Newman, Executive Director of Forza, adds, “This union, with its strength in numbers, allows us to work on a number of exciting projects, particularly indoor and outdoor facilities.”  The new Avalanche club already claims indoor facilities in Logan, South Davis County, and Salt Lake (Midvale).   Newman explains, “This allows us to make better opportunities for all our players, from neighborhood recreation teams to players with high school aspirations and those with dreams and commitment to play in college and even professionally.”

“The vision of the new Utah Avalanche,” Barney explains, “is simply to build the best club in the country—one that develops elite soccer players at every level of competition, and prepares them for whatever comes next!”  But, she is quick to point out that soccer isn’t the sole focus of the organization.  Barney strongly believes in an innovative model that plays a role in helping to define the character of its athletes.

This holistic approach will drive new conversations and methods that have the opportunity to create an environment that is one of a kind… Barney calls it the “Avalanche Experience” and explains that, “for the athletes that come through our organization; performance, hard work, confidence, character, and the way we show up… in soccer and in life… will just become part of their DNA.”

Jimmie Powell will remain the DOC for the girls, and Scott MacKenzie will be taking on the role of DOC for the boys.  The experience, knowledge and level of success these coaches bring to the organization will rival the top clubs nationally.

Derek Sainsbury, who has played, coached, and been a soccer parent, points out, “Never in my 37 years of soccer has there been a club in the state that offers so much for players, coaches, and parents. Avalanche instantly becomes the leading club in Utah and, perhaps, the cutting edge of soccer nationally.”