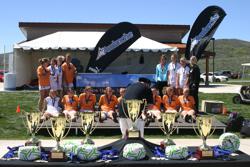 Utah Avalanche was formed in January 2001, as an all-girls competitive soccer club. It is the only club of its kind in the state.

Joanna Barney, Utah Avalanche Executive Director, founded the club in 2001 to allow the state’s most talented female athletes to receive the training, support, and resources needed to realize their full potential. Barney believed if she could bring the best of the best from the state into one club, they could compete with anyone, at any level. Barney played Division I soccer at the University of Utah, it was her dream to give Utah athletes the opportunity to compete and receive recognition at the highest levels.

Utah Avalanche has focused on the development of the female athlete for over a decade. Because of their singular focus on this group, Avalanche players have competed nationally, been recruited to Division I collegiate soccer programs, and have been more successful than any other female players in the state.

In 2001, Barney asserted, “We are going to train our players with qualified coaches, and help each one of them reach their highest level of achievement. I have no doubt that our girls will be able to compete with anyone in the nation.” What Barney said back in 2001 has proven to be true. Utah Avalanche has signed 100% of its athletes who wanted to continue playing college soccer for two decades now to college programs. The 92 Black (U18) team was the first Utah team to win the super division title at the Surf College Cup in San Diego and signed 100% of their players to an NCAA Division I soccer program. More Recently the 94 ECNL team repeated the feat and placed 100% of their roster in Division I soccer programs.

Utah Avalanche currently has more than seventy teams – most of these teams compete in the Utah Youth Soccer Competitive Program at the Premier Levels. Avalanche teams have had continued success at the State and region level prompting the invitation to the Elite Clubs National League (ECNL). During Avalanche’s state cup dominance from 2001-2010 (preceding ECNL participation) Avalanche teams won more than twice as many State Cups as any other Utah club and boasted winners in 48% of every State Cup in which the club entered a premier team. Avalanche players have consistently represented Utah in the Olympic Development Program (ODP) State Team, many have advanced to the Region level of the program, as well as the regional and national level of US Soccer’s iD2 national identification program & a select few have attended National camps and played in Youth World Cups. Avalanche has placed more female players on the National level than all other Utah Clubs combined.

Utah Avalanche is the only Utah girls club that is consistently recognized, not only in the Western region, but throughout the nation. A testament to this fact is the club’s participation in the Elite Clubs National League (ECNL). ECNL is a national youth soccer league founded for the purpose of providing the highest level of competition,  the best developmental environment and identification of players for US Soccer’s National Teams.

Avalanche continues to expand its offerings and training opportunities for its athletes each year. The passion for the success of their players begins with Executive Director, Joanna Barney; Director of Coaching, Jimmie Powell; age group Directors, Karen Chin, Jeremiah Bailey, Trevor Wachsman, and Kenan Powell; and is shared by the club’s coaches, parents, and athletes. Utah Avalanche is where Utah’s best female soccer players come to train, persevere, and ultimately perform at levels they never thought possible. 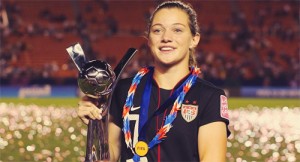 The fundamental philosophy of the club is to treat our players as athletes and provide top-quality instruction, training and support to ensure they can achieve at the highest levels.

At Avalanche, we work to instill and reinforce the qualities of confidence, teamwork, loyalty, hard work, sacrifice, determination, struggle, heartache, passion and success in our youth. We teach them that they can be anything they want to be because they are strong and capable. We provide the training, opportunities, guidance and motivation that helps our players find their own strength and drive to succeed.

We have ex-collegiate female and male athletes involved in the coaching realm as much as possible because they understand how hard these athletes can really be pushed.  It is easy to know that kids have another level in them, when you once were that kid, and these coaches serve as role models for our aspiring athletes.

We encourage our players to be responsible for their own success – our players are independent and capable. They map out their goals, and we work with them to ensure they get there. Utah Avalanche players are dedicated athletes, and have sacrificed a great deal to get where they are. Most athletes train and practice 6 days a week as they work to reach their goals. They have passion for the game, and an extreme work ethic. Through their efforts, the players build character, self-esteem, athletic ability and a commitment to excellence.

Utah Avalanche is a highly competitive athletic organization that promotes particular guiding principles, or values, to fulfill our mission to develop elite soccer players and quality individuals in the community.  We believe that sport, namely soccer, provides an ideal setting to develop these attributes:

Youth who participate in athletics build a solid foundation in life skills such as creativity, self-esteem, risk taking, strategic thinking and social grace. With the right atmosphere, and the proper guidance of a knowledgeable and qualified coaching staff, the experiences that a boy will face during athletic training's and competition will help to positively shape their identity.

We find ourselves in a very competitive environment today called club soccer... even more so, Utah is quickly becoming one of the hot beds for the sport in the US. What club do you choose?

Utah Avalanche continue to be one of the best programs in the country at preparing and placing student athletes in some of the best universities both academically and athletically. This includes DI, DII, DIII, and NAIA levels, and institutions in the the Ivy league, Pac 12, Big Ten, Big 12, ACC, and SEC conferences to name a few. These athletes do more than contribute, they lead.

Not only are these athletes receiving world class educations, and winning NCAA national championships, they are leading their teams at this level... leading them.

If you are looking to make a decision, it sure seems obvious

If you're already here, you know